By the end of the year the left hand one of these two neighbouring houses in Brisbane Street, Toowong had been removed, the right hand one, perhaps only a temporary stay for the duration of the seasonal festivities.

All four of the Benson Street houses below made way for redevelopment in late 2014. The red roofed house on the corner of Archer Street (far right) and the isolated No 14, Gailey Road, perhaps the only two freestanding residences on the river  side of this stretch of road (High Street to Sir Fred Schonell Drive) that will see out 2015. 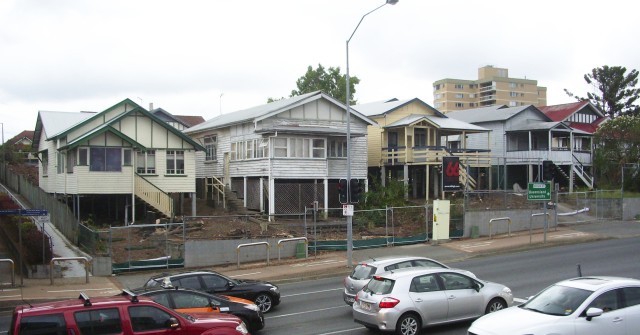 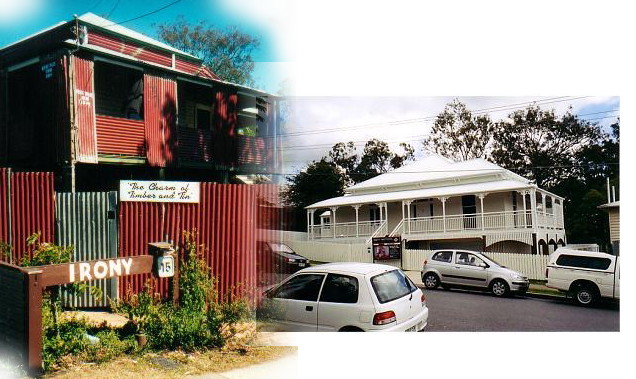 Not so, ‘Irony’, the house which stood on the corner of Clarence and Lambert Roads, Indooroopilly. For a number of years the subject of local controversy, approximately four years ago it was relocated some 50m along Clarence Road, tidied and trimmed, a comfortable fit with its neighbours. The  restored house was removed in 2014 to make way for redevelopment.

Toowong Post Office, Toowong – 2014 saw the closure of the Post Office at the Toowong Village Shopping Centre, marking the end of a long historical connection with the site. Initially housed at the railway station c1875, PMG/Australia Post services have been provided from this location with minor exception for 139 years. From 1890 the post office traded from premises in High Street until the new, purpose built facility was opened on this site in 1899. Services were temporarily relocated during the demolition/replacement of the 1899 building in the early 1970s and again during construction of the shopping centre.

Indooroopilly Bowls Club, Indooroopilly – nearly 80 years since its formation it is possible that the final chapter in the history of the Bowls Club was determined in October 2014 when a liquidator was appointed and the club doors closed. Formed in the early 1930s the Clarence Street land was purchased in 1937, the original green formally opened on Saturday 29 October 1938. The President at the opening ceremony noted the members had turned a wilderness and waterway into a beauty spot. Replacement, purpose built facilities were provided for the Club as part of the mid 2000s residential redevelopment of the site, however, the future of the greens remains uncertain.

Centenary of the commencement of 1914-18 War – in researching the names of local men and women who served in the war, a third source has been found, the Sherwood Shire Council Honour Board now located at the Sherwood Services Club. This has supplemented the information from the two memorials at Oxley and Graceville.

Eleanor Schonell Bridge – a number of oral histories were recorded and featured on an interactive installation placed roughly midstream on the pedestrian walkway side of the bridge. This was relatively short-lived and was removed. Any information on the fate of the recordings would be appreciated

Sherwood Arboretum – Oxley-Chelmer History Group are seeking access to any photographs taken at the tree planting ceremony held in March 1925. Those in attendance included the Governor, Sir Matthew Nathan, the new Lord Mayor of Brisbane City Council, William Jolly, Archbishop Duhig, former Sherwood Shire Councillors, prominent scientists, doctors and  forestry officials. An avenue of 72 trees was planted, each by a prominent person. Members of the Queensland Naturalists and Queensland Forestry Association were at the forefront of having the Arboretum established as a place for growing native trees, Sherwood Shire Council acquired the land and promoted the park

Middenbury, Coronation Drive, Toowong – ‘Middenbury is a low-set, single-storey, brick former residence with rear timber wings and additions, located on a sloping riverfront property in the Brisbane suburb of Toowong. It stands on the highest point of land in the western corner of an approximately 1.5ha site bounded by Coronation Drive to the north-west, Archer Street and a residential property to the south-west, the Brisbane River to the south-east, and residential properties to the north-east. Despite the construction of a number of later buildings on the site and extensive alterations to the surrounding terrain, views from Middenbury to the Brisbane River and the CBD have been maintained, while two large fig trees along the Coronation Drive boundary mark the location of the original entrance drive.’ Entered on State Heritage Register July 2014 [Place ID:  600330]

Thomas Park Bougainvillea Gardens, Ryans Road, Indooroopilly – ‘The Thomas Park Bougainvillea Gardens, located on Harts Road, Indooroopilly, were created as a large residential garden by landowner Henry Thomas from about 1900. For four decades the gardens were a tourist attraction bringing visitors from throughout Australia and overseas to see their spectacular display of bougainvilleas in flower. During the almost 60 years that Thomas tended the gardens he bred a number of bougainvillea cultivars which were displayed there. Converted to a park after 1958, the garden’s plan and many of its plants are retained and comprise a good example of a large urban-residential garden from the Federation period.’ Entered on State Heritage Register, October 2014 [Place ID: 602838] 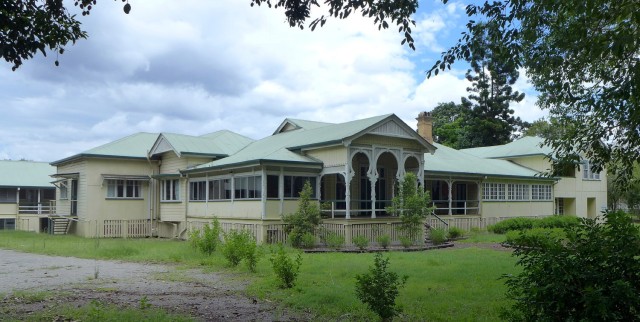 The residence built c1900 was the home of prominent engineer AE Harding Frew from 1913 to 1939. In 1940 it was purchased at a knock down price and transferred to the Australian Red Cross Society for use as a convalescent home for Australian servicemen. Conversion of the house into a convalescent home required additions and alteration to the main residence, and construction of a substantial dormitory block behind and parallel to the main house. In 1941 the Society’s Honorary Architects RW Voller, RM Wilson, and EJA Weller jointly called tenders for the new dormitory and officers’ quarters.

In the early 1950s the convalescent hospital was closed and the property was leased to the Australian Military Forces for use as a Women’s Royal Australian Army Corps Barracks. The WRAAC had been established in 1951 in response to a severe manpower shortage created by the demands of the Korean War and national service in a time of full employment. The Corps was relatively short-lived as female soldiers began to be integrated into the Army at large in the 1970s, and in early 1984 it was disbanded.

In 1969 the property was purchased by the Police Department for use as an in-service training centre, the Queensland Police College opening in January 1970. The Police vacated the site in 2012. 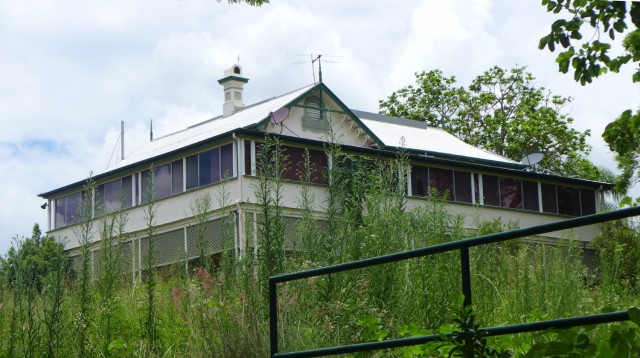 Warrina Nursing Home, Chelmer – the remaining structure on this large site fronting both Longman Terrace and Victoria Avenue is the original residence Pontresina. Listed on the Brisbane City Council Heritage Register, the summary citation notes this substantial two-storey brick house was constructed c1900 by Sophia Montefiore. The property was acquired by the Salvation Army in the 1920s, the site subsequently developed as an aged care facility. The Salvation Army vacated the site in 2012.

The new owners lodged their plans for development of the site in November 2014, their proposal for the site, a residential care facility.